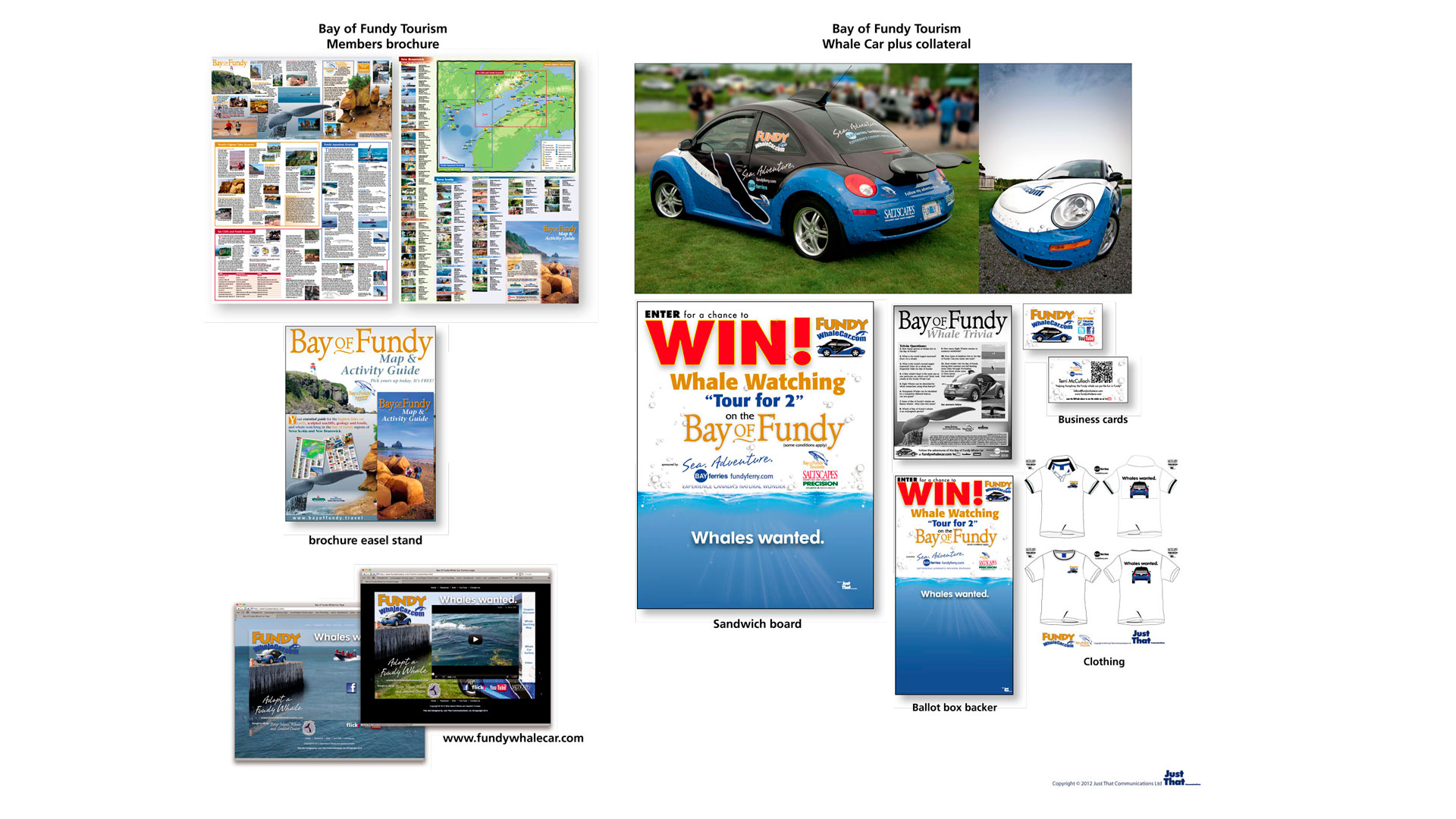 Increase general and regional awareness of the Bay of Fundy

Elements of the submission which are not our original work:

The Bay of Fundy Tourism, whose sole objective is to promote the awareness of the Bay of Fundy, approached Just That Communications to create and implement a branded campaign.

The idea was to utilizing various mediums to promote it’s PR/communications efforts to drive tourists to the area and help promote it’s partners. The theme revolved around a branded Volkswagon Beetle transformed into a Humpback whale which would, through facebook members and contesting, be known as Humphrey.

The car traveled the Maritimes,generally the Fundy region but also included the major cities in all three provinces.

By traveling through peak tourism times it would increase interest in the Fundy region as a destination to see.

The car was, at one point, used to promote the area in the New7Wonders campiagn by travelling to Ottawa and gathering support with the federal MPS who embraced the initiative and actively promoted the Fundy in it’s quest for the top 7.

The task here was two fold. We had to both generate interest in the private sector to sponsor the initiative and execute the strategy for the next 2 years on the sponsor monies only.

The car eventually was sold at the end on the two years and is now used to promote one of the partners as a whale watching company.